Spectating the Color In Motion 5k and an Unplanned Long Run

Do you want to make lots of money? Well, the solution would seem to stage a Lakefront 5k and give the participants bags of colored powder to pour on top of themselves! There was just that kind of a run held yesterday, called the Color In Motion 5k. Apparently, there was such high demand for the race that they had to move it from Saturday so the city could accommodate more runners on Sunday. There is also another similar 5k later this month which is already sold out!


Anyway, the weather was perfect yesterday for a long run, so instead of resting on the day after my 10k, I went for a Lakefront run. That's when I stumbled upon this 5k.


I think the average age of participants was about 16, so it is kind of a colorful mini-Lollapalooza-5k for the high-school set. Here are some pics:
After watching the colorful spectacle, and trying to avoid getting any color on my shirt/hair/face, I headed out to the Lakefront Trail for a long run in the pristine weather. It was 50 degrees and drizzling, amazing for early June! The weather reminded me of almost exactly how it was for the L.A. Marathon was in 2011, when it rained almost the entire marathon. I was wearing shorts and a t-shirt as I was on that day, so I could not take any walk breaks or risk hypothermia setting in. On the upside, it was one of those days when you could just run and run and not worry about breaking a sweat/over-heating!
Finally, I ran to my 'hood and passed our local German Mayfest beer tent (before it opened)! 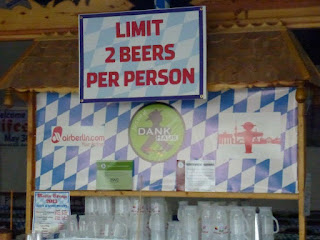 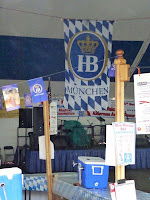 It was a great day for an unplanned long run!